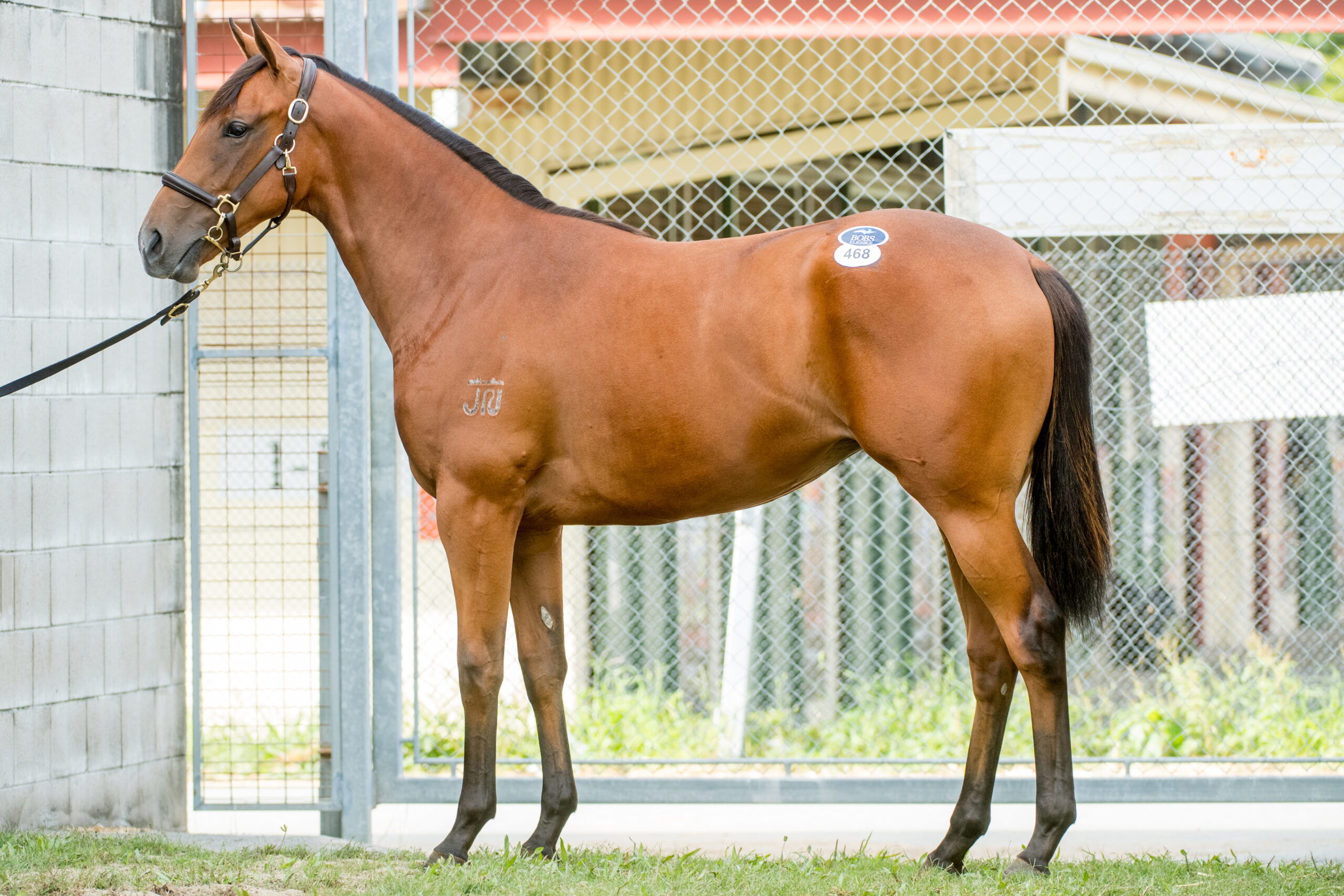 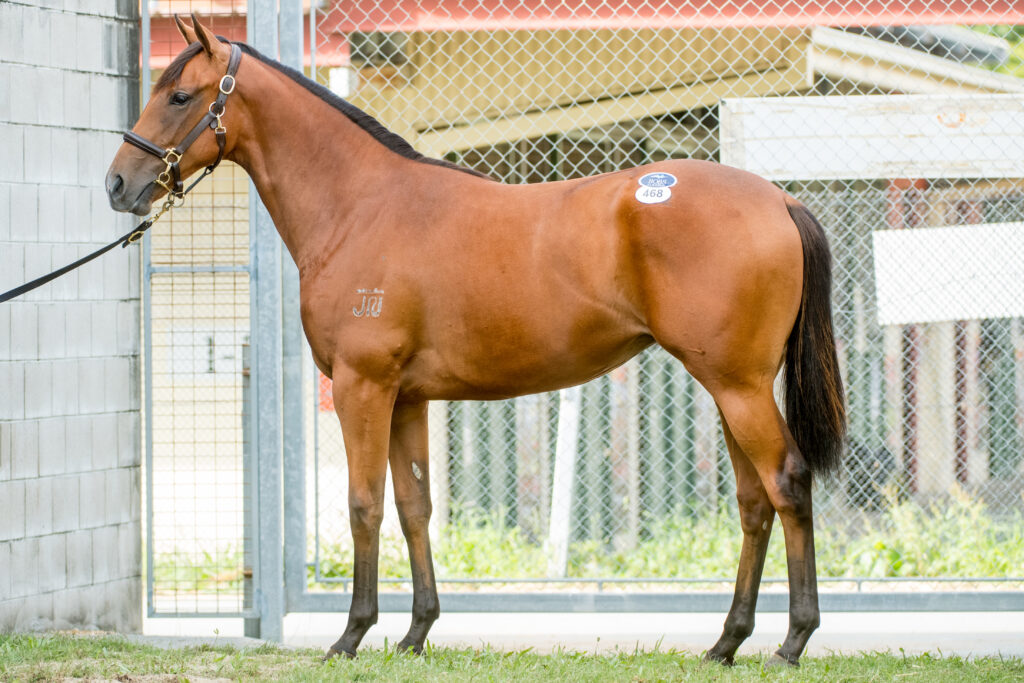 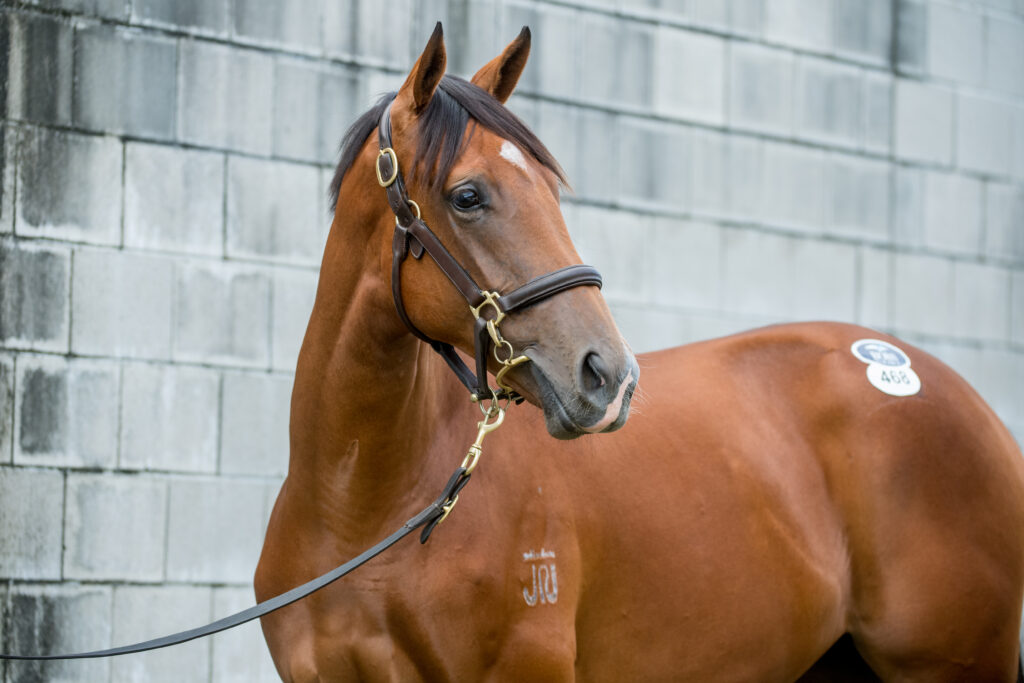 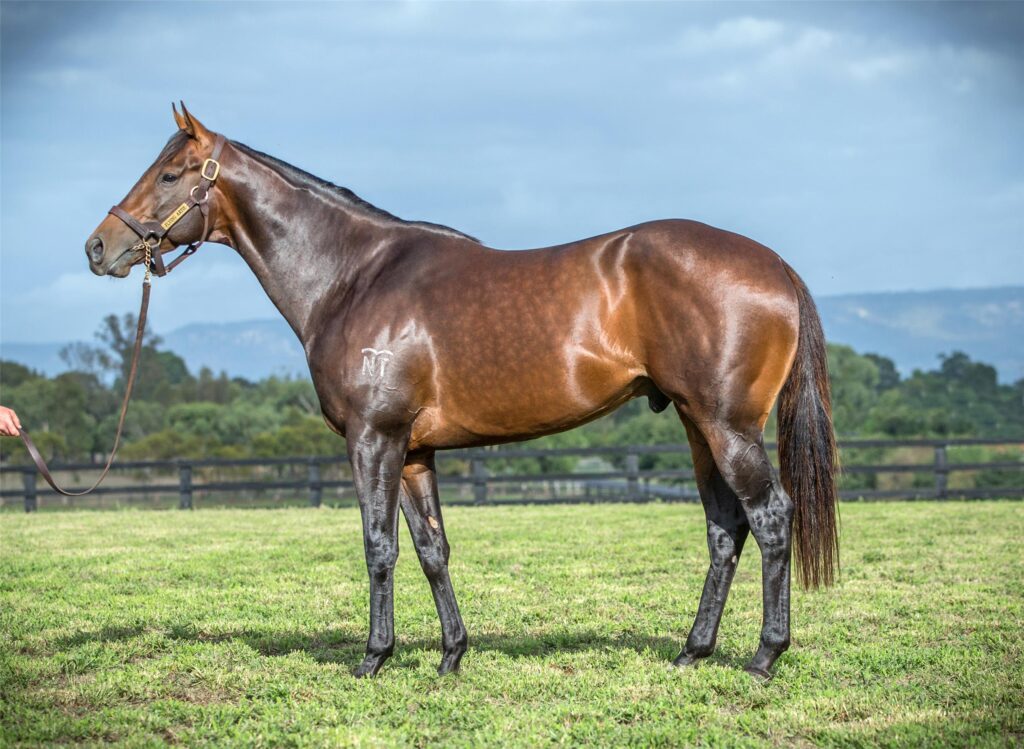 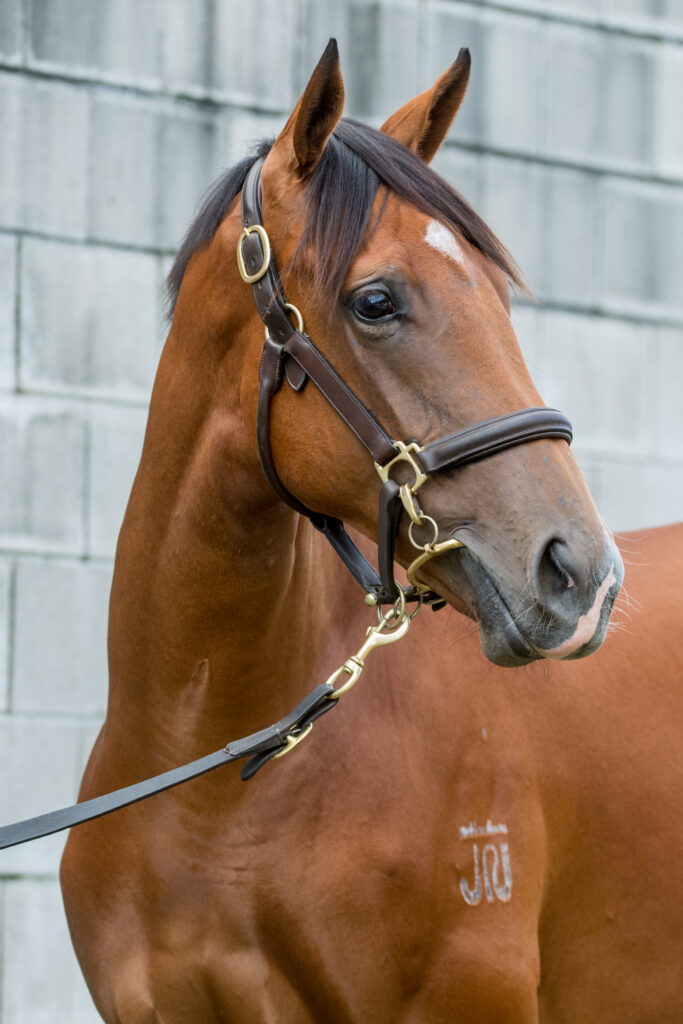 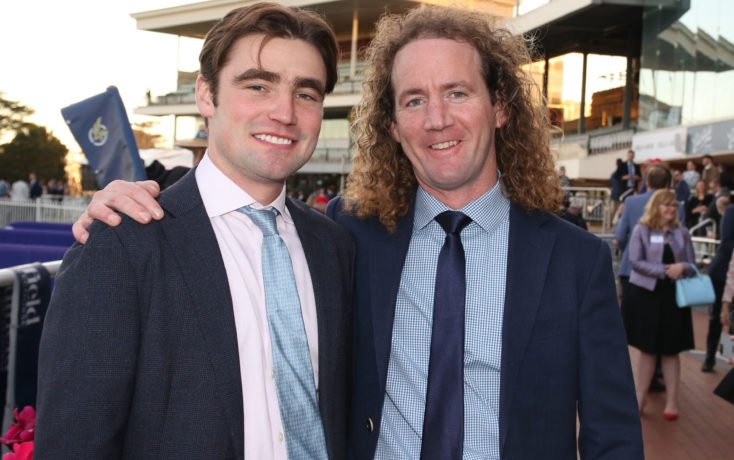 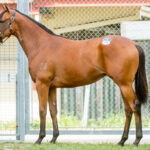 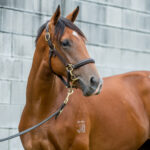 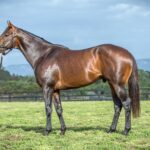 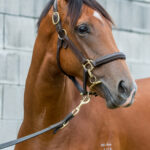 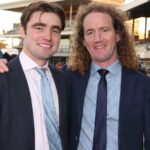 This filly has a double cross of European Champion Sire, SADLER’S WELLS. The filly looks like the flying machine NOT A SINGLE DOUBT who was a Champion Sire. She was rated an A by David Mourad (Racing Manger) upon inspection at the sales. Also picked by astute Bloodstock Agent, Sheamus Mills. The filly is a good size and moves very well. She is a nice filly and shouldn’t take time. Above all she was also selected by Ciaron Maher & David Eustace and was noted on their short list, so all three main judges gave her a big tick of approval. They all love her.

The filly also looks like a sprinting type, as her pedigree suggests, with her dam, Sadler’s Wish producing sprinting types, one by Unencumbered and the other by Super One. It’s very likely she’s a sprinter, who may potentially stretch out over a little further in time. But certainly, a springing type.

Below are comments from our tough judges.

David Mourad (BBT Racing Manager) comments: Lot 468 lovely Flying Artie filly out of Sadler’s Wish. Fantastic for us getting our first Flying Artie into the stables, he’s doing such an incredible job at stud. In his first season he produced a Blue Diamond winner in Artorius. She’s a neat, very well put together filly. She moves well, very athletic. I think like a lot of the Flying Artie’s she can get up and make some sort of a 2YO. She definitely will train on but she’s got a beautiful nature, as you can see here. Consequently well purchased, Ciaron Maher & Dave Eustace, she’ll get every chance and we’re very excited to have her.

David Eustace (trainer) comments: Lot 468 bought in conjunction with Blueblood Thoroughbreds. Flying Artie filly out of a Not A Single Doubt mare. A great broodmare sire, Not A Single Doubt. I thought she had a lot of Not A Single Doubt running through her. Early foal, she should be racing as a 2YO, getting up and going reasonably early but she’s going develop as well into a 3YO. The sire is very underrated, he’s going to start having really good results and improving results on the track. We’ve also gone in again and it’s great to race with Blueblood’s once again.

Sheamus Mills (bloodstock agent) comments: Here we are with Lot 468 the Flying Artie filly. What attracted me to this filly is she’s out of a Not A Single Doubt mare and she’s got a heap of Not A Single Doubt about her. She’s a willing sort of walker and really wants to please you. Every time she turned the corner, she’d just lower her head and away she goes again, and I thought that she had the attributes of her dam sire, Not A Single Doubt by a good stallion Flying Artie who is doing a good job, Artorius amongst them.

Our filly passed 100% clean on her scope, x-rays and clinical examination.

Flying Artie was a Group 1 winner winning the stallion producing Group 1 Coolmore Stud Stakes. In his first season he sired 2YO Grp 1 winner Artorius, who won the Blue Diamond. Also other stakes winners and performers include Giannis, The Art Of Flying and Princess Bojack. His oldest progeny are 3YO’s.`

SADLER’S WISH is by NOT A SINGLE DOUBT. Sadler’s Wish was a 7-time winner and proved to be reliable in every distance from 1200m to 2000m. Furthermore she has a 100% winning record in the barn with two foals to race, for two winners including the exceptional 5-time winner, Revolution. SADLER’S WISH is a direct descendent to Silk and Money (12 wins, 3rd in a Listed race), NORFOLK LAVENDER (Group 1 winner) and TOOTENS (Group 1 winner).

In 2005 he established himself as a trainer in Warrnambool, home of jumps racing. His first winner was Spectacular Storm in a hurdle race at Terang, followed up smartly by another win at Sandown. The stage was set for a successful career not only in jumps racing, but also on the flat as the stable grew. Ciaron Maher has since moved to Caulfield, where he has expansive stables on the course. He has retained facilities in Warrnambool, which suit horses in need of a country setting, and has secured new premises at Randwick. At his property in Pakenham, on the edge of Melbourne’s suburbs, he has agistment and pre-training facilities.