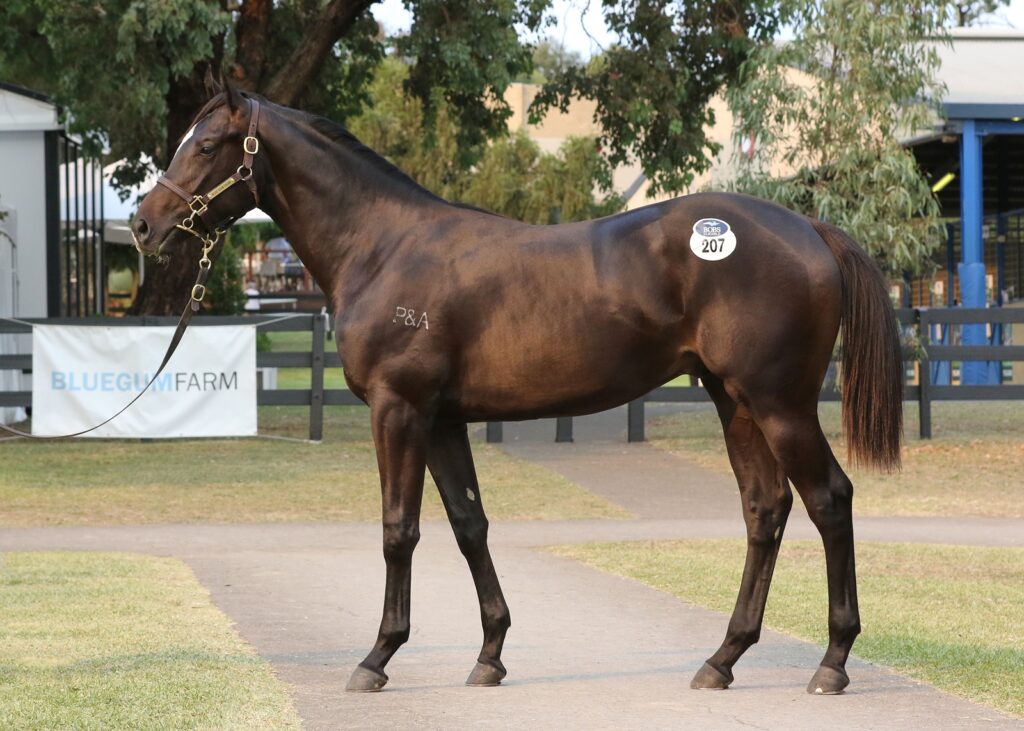 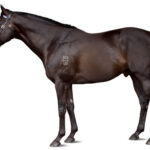 Ever dreamed of owning a black Lonhro colt? This is your chance. An exceptional colt purchased from the highly regarded Blue Gum farm from the Inglis Premier sale. We could not believe our luck in securing him for such an outstanding value. He was also rated highly by well-regarded bloodstock agent, Sheamus Mills, John Hawkes, trainer of Lonhro and our Racing Manager David Mourad.

John Hawkes (trainer) comments: I’m here with a lovely Lonhro colt that Blueblood’s bought. The boys and I are really happy to train him. Lovely balanced colt also very athletic. He may take a little bit of time, a late 2yo. We are really pleased to be training for Blueblood.

Sheamus Mills (bloodstock agent) comments: Dark brown almost black colt. Lonhro has been a champion sire for a long period of time. Furthermore good horses like Pierro and Denman, Impending. Lonhro can really get professional, a really good colt that will end up at stud. He’s a really good looking fellow this and I think he is really good buying.

David Mourad (BBT Racing Manager) comments: Very excited to have purchased this Lonhro colt out of a Redoute’s Choice mare from Blue Gum, the leading vendor at the Premier sale. He is exactly what you expect when buying a Lonhro. Big black horse, plenty of size and scope. I think he is going to be a mile to 2000 metre horse. Correct sound beautiful temperament on him. Above all a nice free flowing action, very exciting he was a great purchase get involved.

Furthermore our Lonhro colt has passed 100% clean on his scope, x-ray and clinical examination.

LONHRO by OCTAGONAL. Horse of the Year in Australia in 2003-2004, Champion Miler 2003-2004 and Australian middle distance Champion in 2004. In 2002 Australian Champion 3yo and also in 2011 Leading sire in Australia. Finally in 2004 he received the honour of world Champion miler. Lonhro was bred and owned by Woodlands stud and was trained by John Hawkes.

Sire of earnings of over $44 million, 25 stakes winners, 29 stakes placegetters.

MY GIRL TESS by REDOUTES CHOICE winner at 2100. She is the daughter of MAZE. A 4-time winner including Manawatu RC Awapuni Gold Cup Group 2.

REDOUTES CHOICE broodmare sire of 17 Group 1 winners. Above all he has had 112 individual black type winners and earnings over $193 million including KEMENTARI, D’ARGENTINO and INFERENCE.

John Hawkes is now acknowledged as one of the all-time great racehorse trainers with a record remarkable for its longevity and sheer consistency. He has also won 10 national trainers’ premierships, nine Sydney premierships, a six-time leading Group 1 trainer and nine-time leading stakes-winning trainer.

He has prepared a string of champions over the past two decades including two, Horse of the Year winners, Octagonal and Lonhro. and has led in more than 5500 race winners, including 110 Group 1 successes and was inducted into the Australian Racing Hall of Fame in 2004. A study of his training record also underlines his versatility. Hawkes has proven his ability to train sprinters, middle distance gallopers and stayers, two and three-year-olds, classic winners and weight-for-age performers.

Hawkes is renowned as a workaholic who has devoted his life to the thoroughbred. His days start at 4am and he is usually the last to leave the stables each day, sometimes as late as 8pm.

“Climbing the mountain and getting to the top is difficult but staying there is much harder,” Hawkes once said. “Racing is so competitive these days, there are a lot of good trainers, and it takes a lot of hard work behind the scenes to stay there and not start sliding down the other side.”

Meticulous by nature, Hawkes sets high standards for himself and his stable staff. He seems to live by the maxim “the harder you work, the luckier you get”.