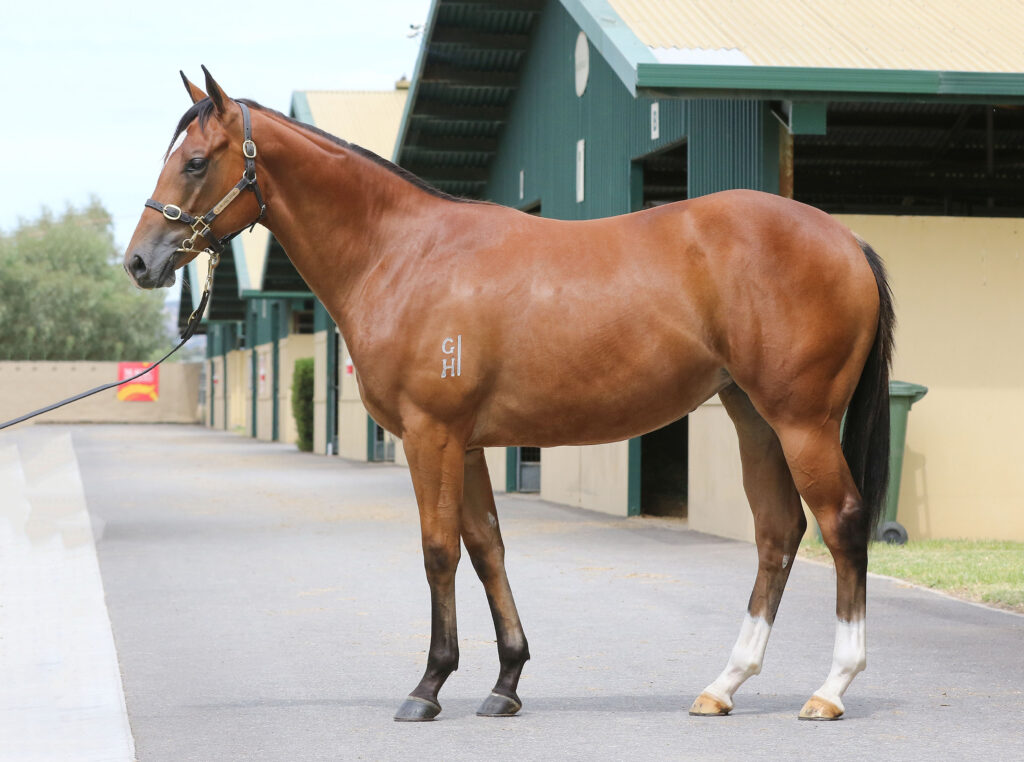 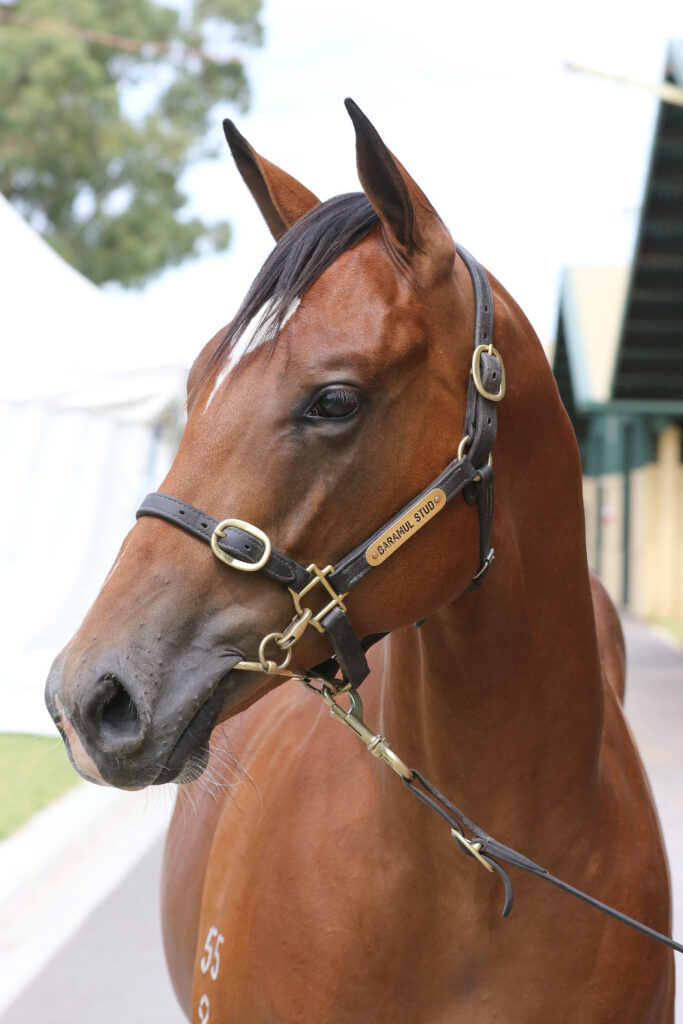 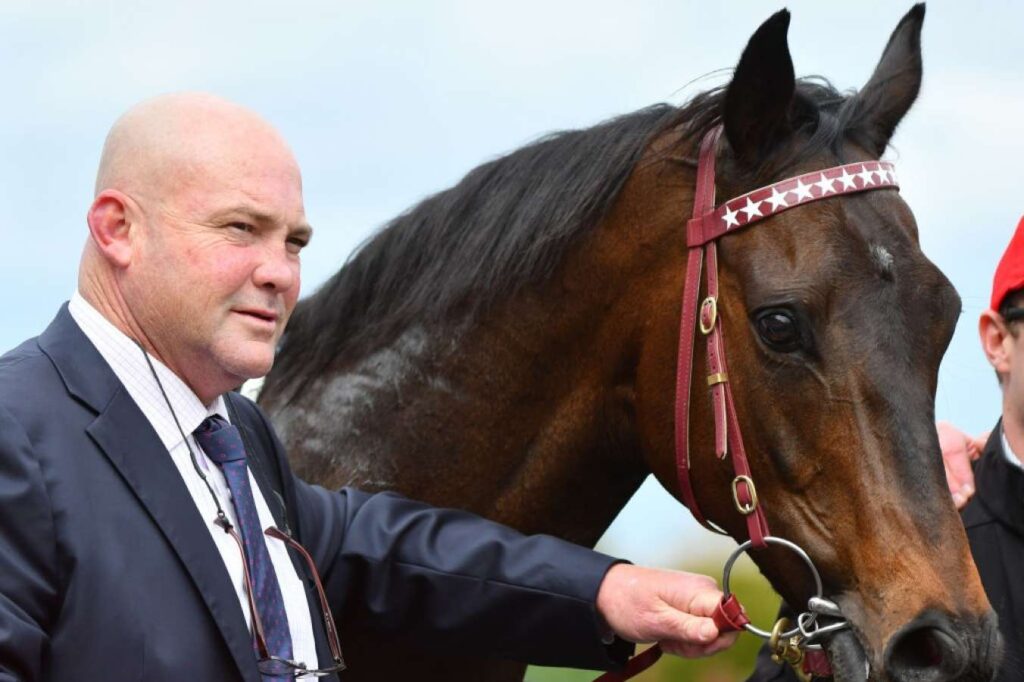 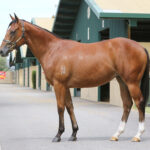 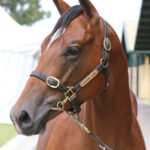 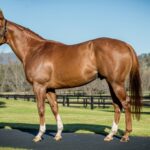 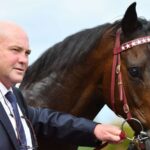 An exceptional filly that moves extremely well. Purchased at the Magic Millions Adelaide sale. Furthermore could not believe our luck in securing her for such outstanding value. She was rated highly by well-regarded bloodstock agent, Sheamus Mills and Racing Manager, David Mourad.

Peter Moody (Trainer) comments: She was born and raised on the famous Baramul Stud, the family I have had success with. Magically is a very good mare and this is a very fast family. Very please to have her in the team and racing with you.

Sheamus Mills ( Bloodstock Agent) comments: A filly by Star Turn that has had a great start to his career. Most importantly this filly is out of Magically a Group 2 winner by Danehill. She was also one of my favourite fillies when I worked at Mick Prices. She had a tone of ability, at stud she has already produced 6 winners from 7 foals. The 2nd dam was another mare everyone would remember called Magic Music super fast and also one at Group 2 level. This is the bloodlines that really suits speed.

David Mourad (BBT Racing Manger) comments: Fast looking Star Turn filly out of a Danehill mare Magically who was a group 2 winner. This Star Turn filly is very well-bred being closely related to individual black type winners including its Dam MAGICALLY winning the Yallambie Classic Group 2.  Lot of speed on the page and she looks very fast. Star Turn was a speed machine, her mother was a speed machine, all her half relations are sharp sprinting types. That is what I see here, I think she can get up and run early and be an out and out sprinting type. She is strong and a good action on her.

This filly has started her education at Doran Park with astute breaker Gordon Pratt.

Our filly has passed 100% clean on x-ray and clinical examination and is E Nicks rated A.

Star Turn was a Powerhouse Sprinter and the only 3yo colt of his generation who measured up to weight-for-age Gr.1 racing in the Autumn.

But he wasn’t just a phenomenal 3yo! In a stellar crop of colts, Star Turn drew first blood as a Spring 2yo in the Pierro Plate at Randwick before a 2nd to Flying Artie in the Blue Diamond Prelude in the Autumn. His only unplaced runs in a 12-start career were 5th and 6th in Blue Diamond and Golden Slipper respectively.

It’s not surprising that he was a pre-Christmas juvenile winner given his precocious pedigree. Consequently he is by Group 1 Blue Diamond-winner, Star Witness, who won 3 of his 4 2yo starts and is from 5-time Stakes winning sprinter Golden Delicious.

As a 3yo, Star Turn returned for a Spring campaign with a dominant victory over Golden Slipper winner, Capitalist in the San Domenico Stakes Group 3. He was then sent to Melbourne, where he produced another brilliant burst of acceleration to win the WFA Group 2 Schillaci Stakes against older horses (Malaguerra, Fell Swoop). He signed off with a credible third in the Gr.1 Coolmore Stud Stakes. Trainer John Hawkes put the result into perspective. “Give us the winner’s run and we win. Simple as that.”

She is bred exceptionally well,  by the best broodmare sire of all time. Broodmare sire of a phenomenal 52 Group 1 winners including champions FRANKEL, TUESDAY JOY and BARELY A MOMENT and a whopping $598 million in stakes earnings.

Peter Moody is considered a great trainer by most in the industry arguably training the best horse the world has ever witnessed in Black Caviar. Peter Moody stats speak for themselves with 2577 career wins with 56 at Group 1 level amasing over $115 million in prizemoney.

Peter Moody has commented, “I am [excited]. I’m a bit tentative about it, I’ve got to learn to get back out there and get on the tools again but not too much has changed,” he said. “I’ve got no doubt I’ll be a better trainer this time around because I’m going to be more relaxed and be able to manage my time much better, and I’ll have a smaller team.”