Trainer Mick Price makes no secret he holds the Not A Single Doubt mare Secret Agenda in high regard.

He started the Group III Gucci Stakes winner in the Group I Newmarket down the Flemington straight in March last year before bringing her to Sydney.

Fast forward 12 months and Secret Agenda made her second attempt in the $300,000 Group II Sapphire Stakes (1200m) and this time went one better.

With Damien Oliver in the saddle, Secret Agenda defeated fellow Victorian Missrock (Fastnet Rock) by one and a quarter length with Artistry (Shamardal) a long-head back in third. (photos Steve Hart).

It advances the overall record of Secret Agenda to 5 wins and 4 seconds from 16 starts with earnings of $614,750.

A half-sister to the s 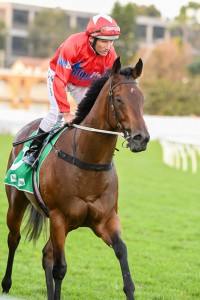 A half-sister to the Listed winner Fleet (Dehere), Negotiate is out of the top-class Marauding mare Euphoria whose three wins included the Group 1 AJC Champagne Stakes.

Negotiate’s 3yo colt by Smart Missile named Missile Strike was the top-priced lot by her sire at the 2015 Magic Millions Yearling sale when knocked down to Hawkes Racing for $700,000.

Negotiate has a 2yo filly, a yearling colt and a weanling colt all by Smart Missile. She was bred back to Not A Single Doubt last spring.  Secret Agenda’s full sister Final Agreement was purchased by Emirates Park for $400,000 at the 2016 Magic Millions National Broodmare sale in June when carrying a colt by Deep Field.