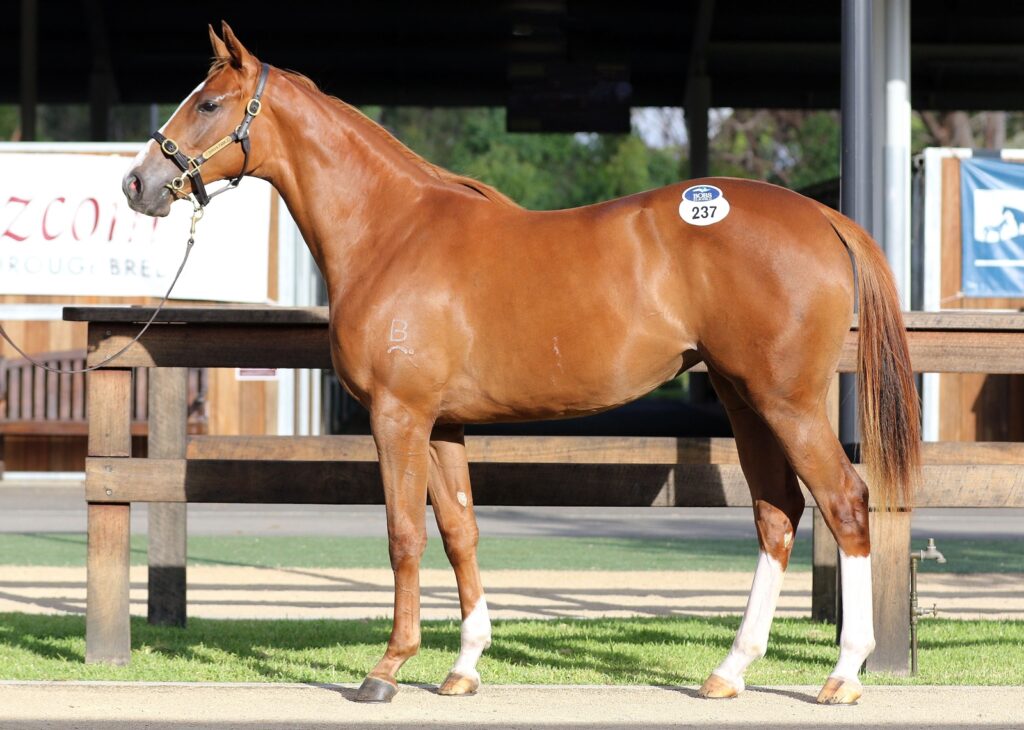 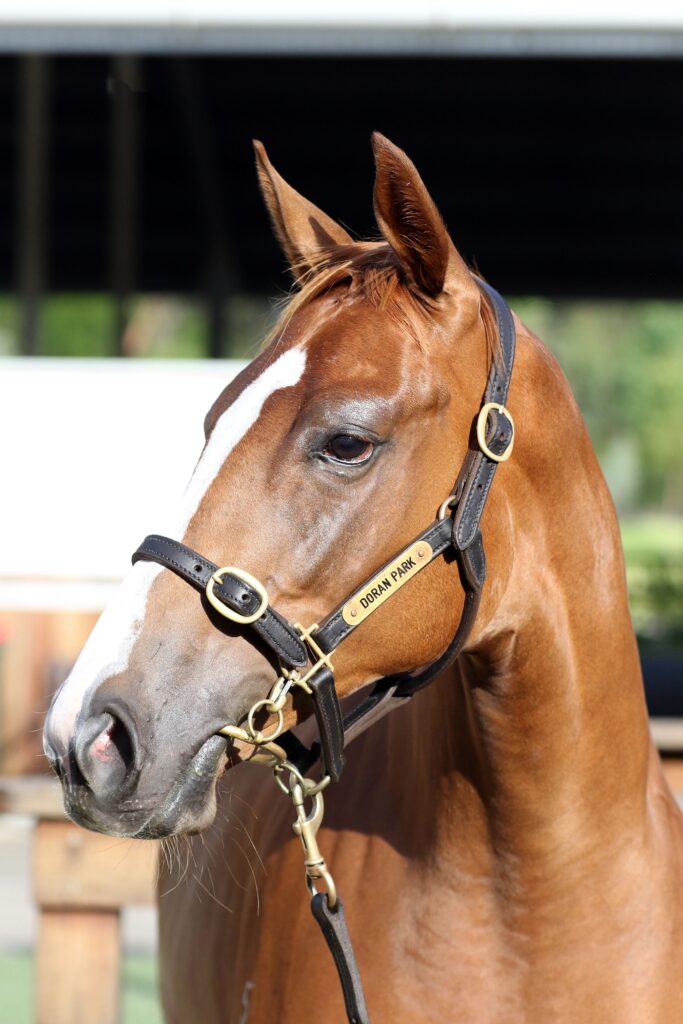 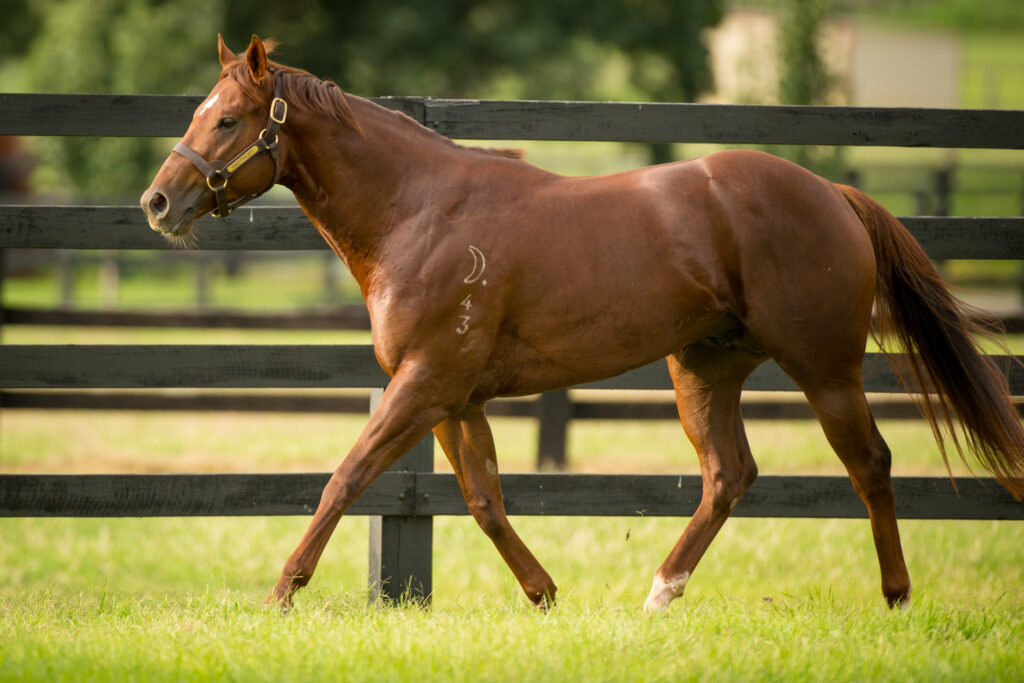 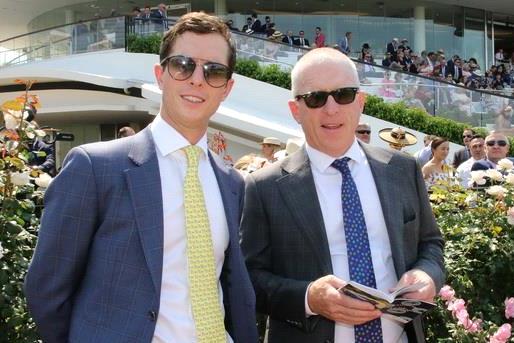 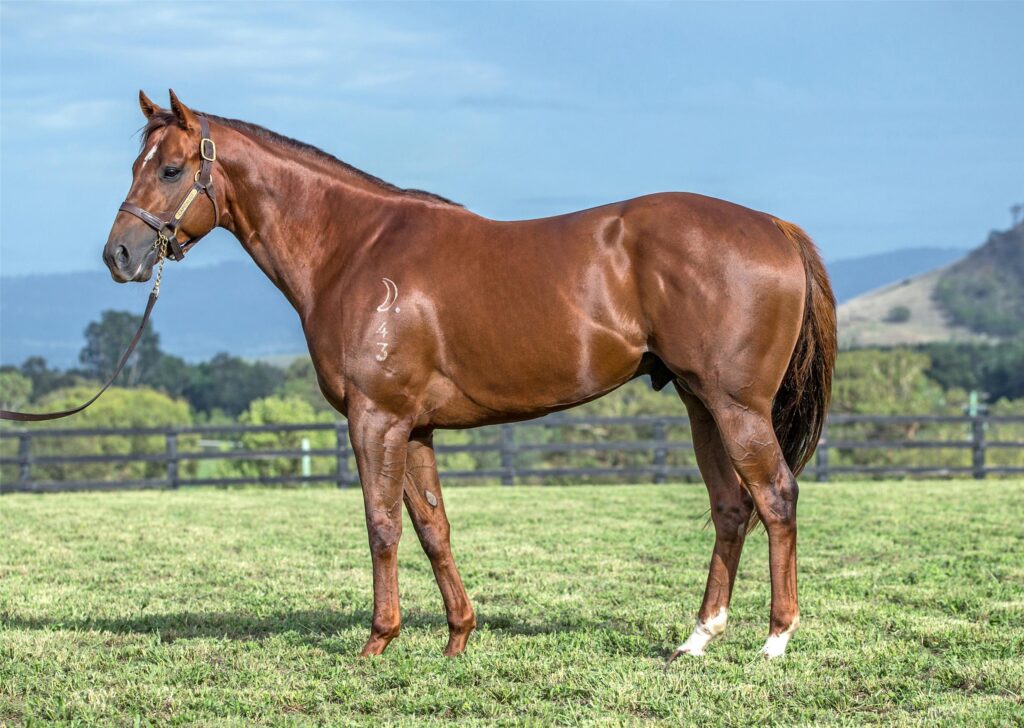 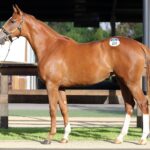 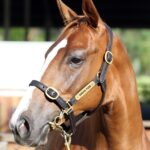 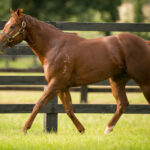 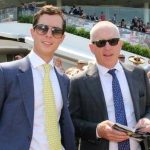 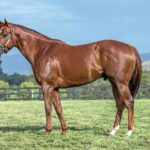 A FILLY THAT OOZES QUALITY, WALKS FLUENTLY AND EFFORTLESSLY

A precocious filly that we just had to have and thought of highly by Mick Price and Michael Kent Jnr. She was also rated highly by our Racing Manager, David Mourad.

Mick Price & Michael Kent Jnr (trainers) comments: Here we have a gorgeous Capitalist filly. Sprinting filly, you’ll see her walk. She also has a big strong shoulder, big strong girth. Very pronounced in the wither and knitted up in the knees, which makes me think she will get up and get going as a 2yo. Obviously, she is in the Gold Trail family, so she’s in a very good family. She’s very sprinting build. She has that fast twitch, big solid muscle feel about her. Big hind quarter, pretty tough head for a filly, which I like in my fillies.

They need to have some of that strength about them. She is definitely a sprinter, strong good going type filly by Capitalist, out of a good fast family. I think she’s a great opportunity to jump into a filly that will get going and I look forward to training her for Blueblood Racing.

David Mourad (BBT Racing Manager) comments: Lot 237 a very exciting filly by the sire of the moment, Capitalist. Winner of the Millennium with Profiteer. He is just going to be a prolific sire of 2yo’s. She’s a really nice filly this, plenty of substance and quality about her. Also comes from a good family, out of a half-sister to Gold Trail, Group 1 winner. So, she’s got the pedigree both on the dam and the sire’s side. I think she is going to get up and race early, I think she was very well bought at $120K. Very exciting, I don’t think she is going to last long. Get in quick if your interested.

This filly is currently in pre-training at Doran Park with astute horseman Gordan Pratt.

Our filly also has passed 100% clean on her scope, x-ray and clinical examination.

CAPITALIST  4 wins at 2. Champion 2yo colt in Australia 2015-216. The highest earner of two-year-old prizemoney ever over $3.5 million. Consequently the winner of the Sire Making Group 1 Golden Slipper. Futjermore the first colt to ever win the Breeders’ Plate, Magic Millions and Golden Slipper. Sire of the 2021 Millennium with Profiteer

Capitalist was officially retired to stud at Newgate Farm in November 2016, having chipped a fetlock in training. Manager there, Henry Field, said, “Australia is all about two-year-old racing, and to have a champion two-year-old standing at Newgate is what everyone strives for. Capitalist is also the embodiment of what works in Australia – he will be heavily supported by his group of owners.”

POLISHED GOLD by HELMET. Half-sister to Gold Trail a 7-time winner and Railway Handicap Group 1 winner. She is the daughter of Trail of Gold winner of 4 races 1 at 2 the James HB Carr stakes Listed.

She also has a double cross of Danehill. This is her first foal.

Mick Price gained his license in 1991 and while he enjoyed some early success the big move came in 1996 when he moved into stables at Caulfield that Lee Freedman had previously operated from. The move to Caulfield consequently saw Price move from a bit part to a big player in the Victorian training ranks. He is now firmly established in the top echelon of trainers not only in Victoria but Australia.

Mick Price has prepared more than 100 winners a season for the past 10 seasons, a position that puts him in rare company. He has also enjoyed abundance of success with 36 Group 1 wins and more than 2000 career wins.

Above all Mick Price has a fantastic record with two-year-olds and has produced a number of stallions including Extreme Choice and Flying Artie which both have started stud duties in the 2017 season.