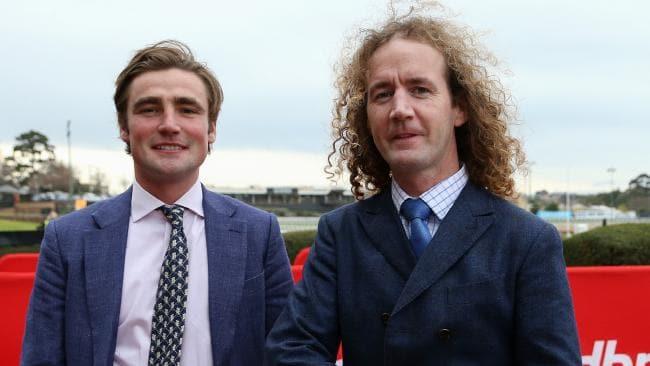 Ciaron Maher was apprentice to CS Hayes then a successful jumps jockey, including captaining the Australia team against Ireland in the International Jockey Challenge, Ciaron realised his size would deny his riding ambitions. Despite that, his love for racing and his natural interest and curiosity in training saw him commit to a career as a trainer at a young age. Knowing you learn best from the best, he spent time with Bart Cummings, Aiden O’Brien and Willie Mullins before starting in his own right, with 6 boxes on his dad’s farm.

Son of Newmarket trainer James Eustace, racing is in David’s blood. In his father’s yard from an early age, always learning, he then moved to leading UK trainer Roger Varian, whilst also becoming a capable amateur jockey. Like Ciaron, David knows to be the best you have to learn from the best, so he moved to Australia where he worked with Peter Moody and the Snowdens before joining Ciaron as his assistant. Two years learning Ciaron’s methods and adding his own thorough and meticulous attention to detail made it easy for Ciaron to make David his co-trainer.