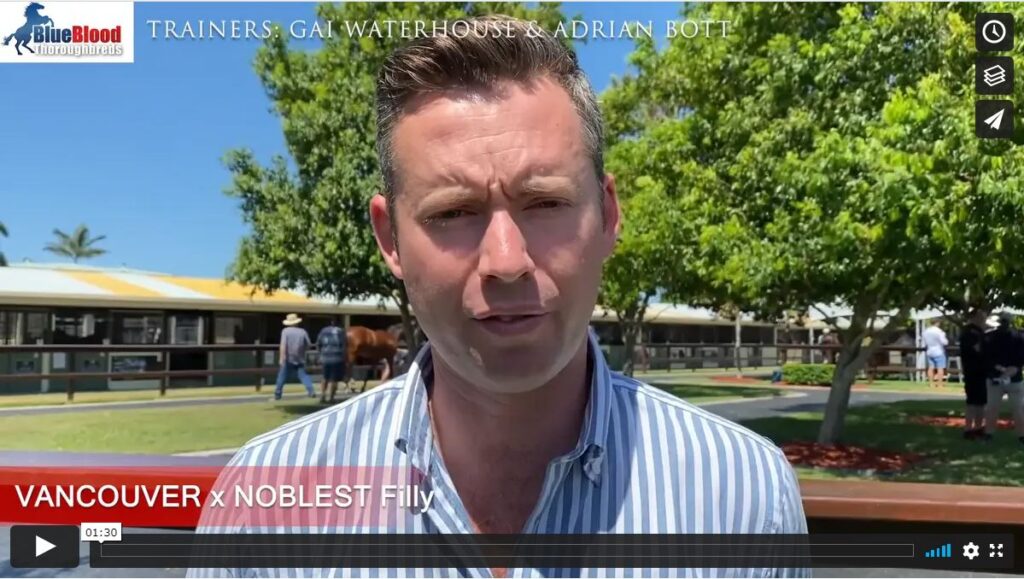 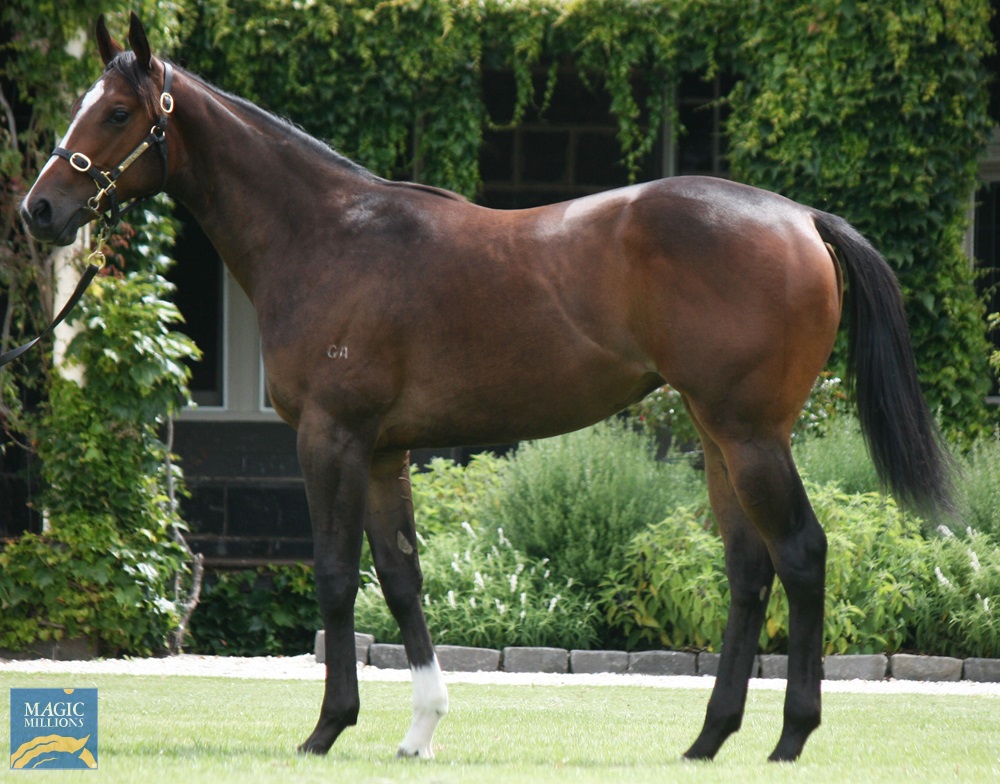 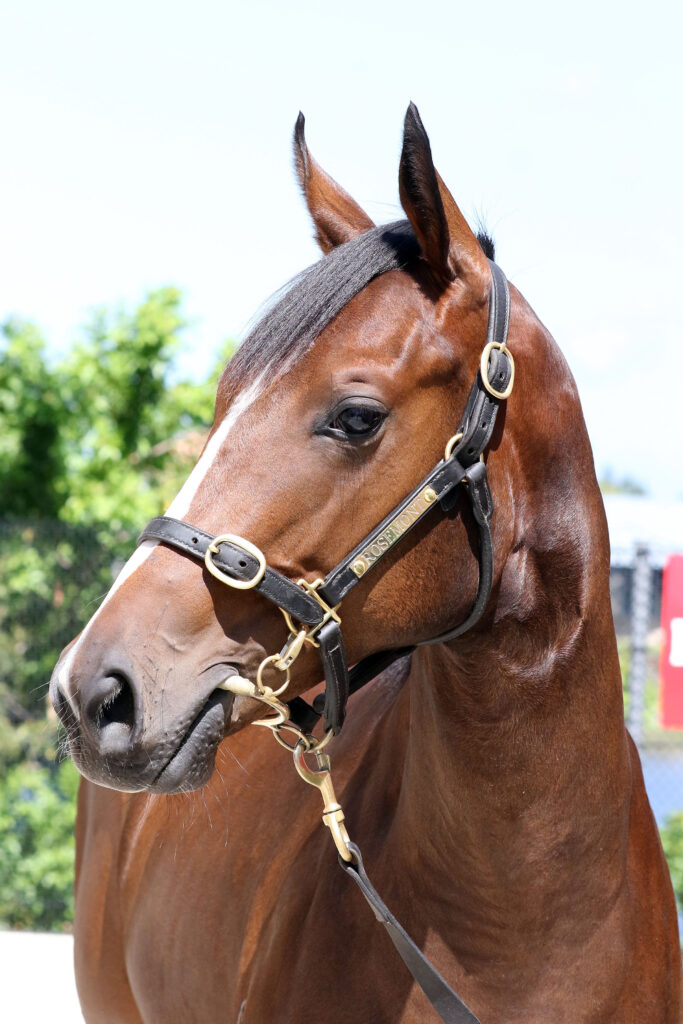 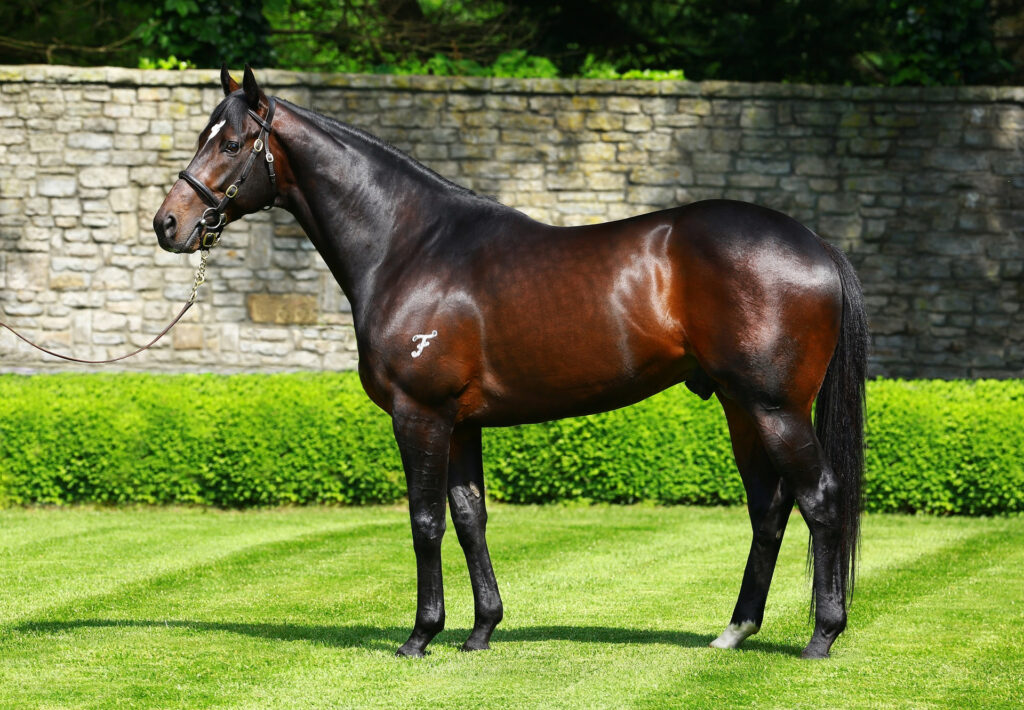 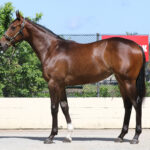 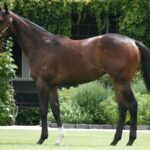 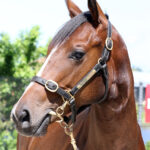 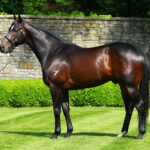 This is one impressive looking filly purchased from the Rosemont Stud draft. She ticked all the boxes and was rated highly by well-regarded bloodstock agent, Sheamus Mills including trainers Gai Waterhouse and Adrian Bott.

Gai Waterhouse and Adrian Bott (trainer) comments: Very excited to secure Lot 601 the Vancouver filly out of the mare Noblest. Vancouver needs no introduction, obviously Gai trained him to win a Golden Slipper, champion 2YO colt for his generation. We’ve had plenty of success with this progeny and this is very much in the mould of the best of them that we’ve seen, She’s a really lovely filly, very athletic, plenty of size and scope about her, exactly what you want to see in the type of Vancouver progeny.

Sheamus Mills (bloodstock agent) comments: this is one of my favourite fillies in the sale. We bought Night Raid here by the same stallion a couple of years ago and this fillies got a lot of the same attributes. Just a beautiful walking filly. Pivotal is one of the world’s best Broodmare sires, really nice family. Great we could secure her. Really, really nice filly whose got a great pedigree and just a lovely actioned girl. Really happy to get her.

David Mourad (BBT Racing Manager) comments: lovely filly this. Plenty of size and quality about her. Very correct. She’ll be trained by Gai Waterhouse and Adrian Bott. Obviously Gai trained Vancouver to win a Golden Slipper, so she knows the horse very well. She’s had a number through her stables and certainly well received. So she’s going over to the right stable to get every chance to be successful. We loved her, she’s well sourced and get involved if you are after a filly.

She is currently being educated at Doran Park by astute breaker Gordon Pratt. She is a filly that is eager to get on with the job and moves well.

This filly is closely related to 10 individual stakes winners. There are 6 Individual Group 1 winners bred on the same pattern.

His grandam is the dual Group 1 winning Champion sprinter SKATING

NOBLEST by PIVOTEL a winner over 1400 this is only her 3rd foal. She is the half-sister PEERESS Champion Older female miler in GB and Ireland. A dual Group 1 winner and 3- time Group 1 placed.

PIVOTEL is a top line broodmare internationally boasting 110 stakes winners and a phenomenal 23 at Group 1 level. Stakes earnings of over $144 million.

By far Gai’s greatest achievements have been recorded in the best races of the year in both Melbourne and Sydney. Gai has won Sydney’s two best races, the Golden Slipper and Doncaster Handicap six and seven times respectively. Gai is by far the most successful trainer ever in the Sydney Spring. ‘Make hay while the sun shines’ is a phrase one often can hear Gai quoting. This attitude is reflected by Gai’s results in the best races contested during the Sydney Spring Carnival. The Flight Stakes (7 wins), the Epsom Handicap (7 wins) and the Metropolitan Handicap (8 wins) have become races at the mercy of Gai each and every year.

Gai gives each and every horse that comes into her care every possible chance to succeed. Only six horses in the history of Sydney racing have won the two-year-old Triple Crown and Gai has trained two of them (Dance Hero 2004 and Pierro 2012). Gai in fact has won more Group One races for two-year-olds than any other trainer.