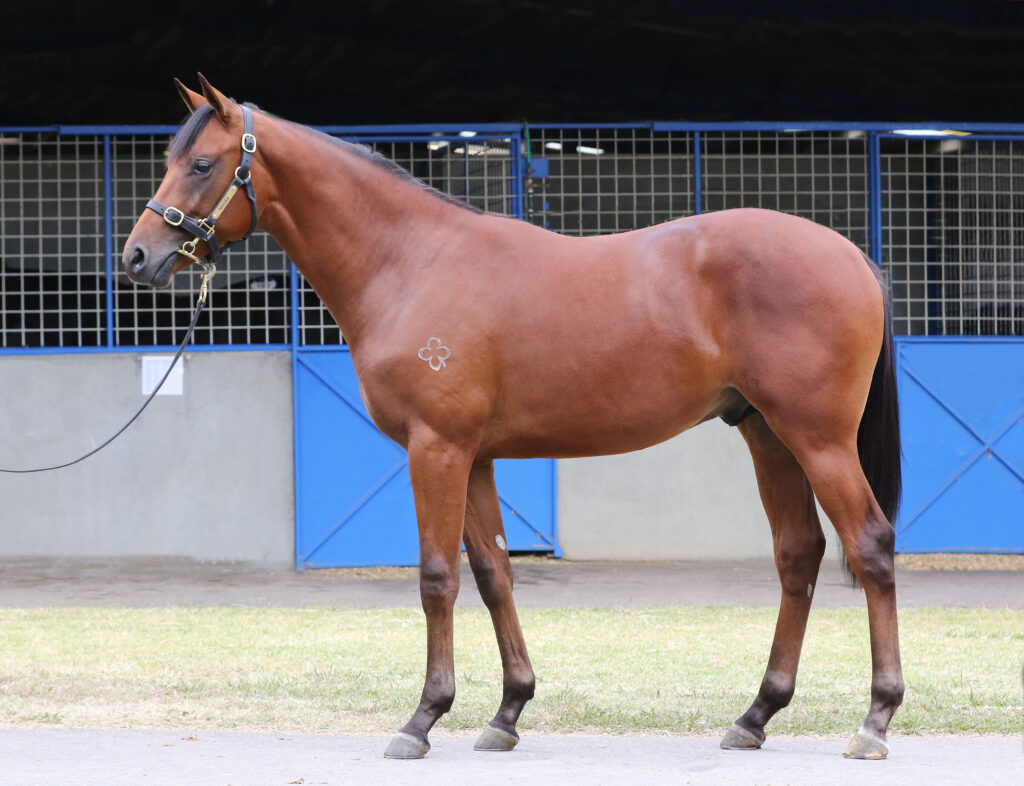 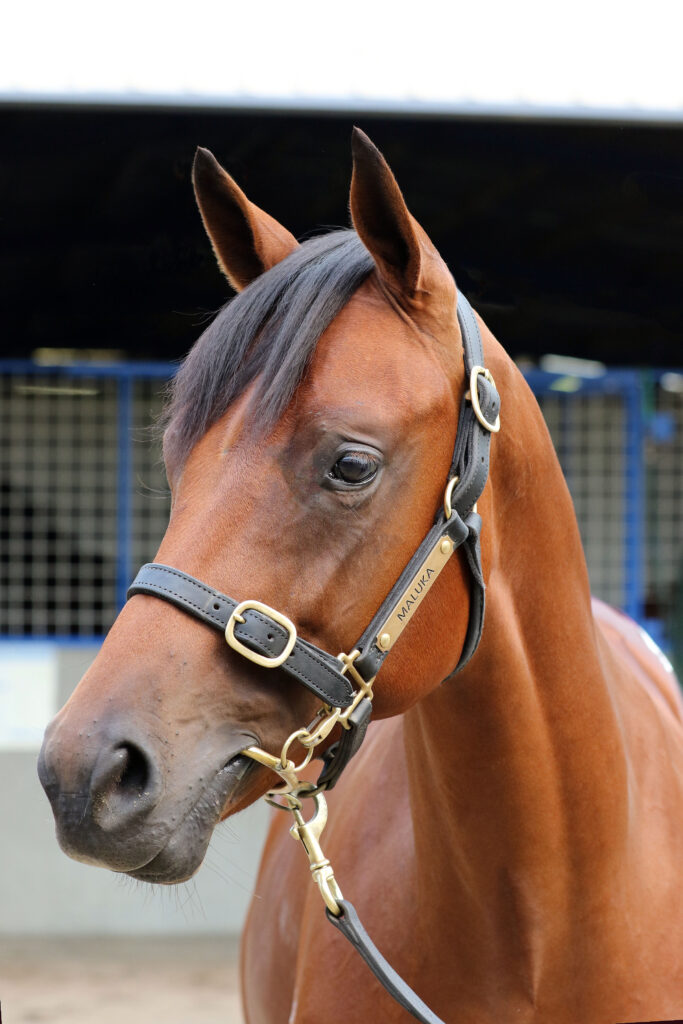 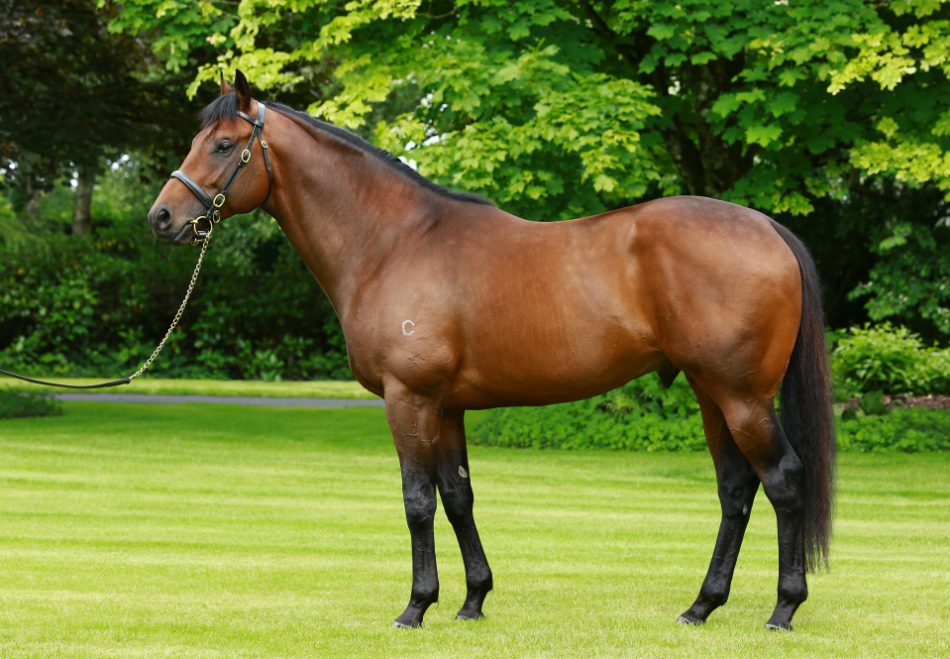 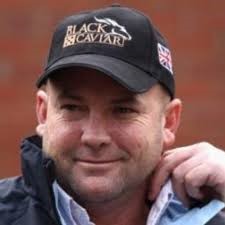 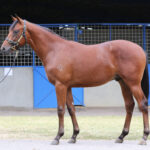 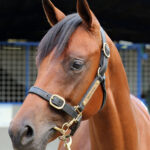 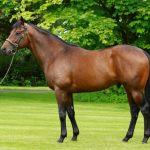 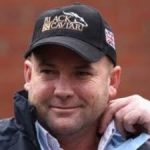 If you have ever wanted to race a horse with a big pedigree and with a big trainer like Peter Moody, then don’t scroll past this colt.

This colt has one of the best crosses in the stud book, with horses bred on the same pattern or cross such as Group 1 winner Atlantic Jewel, Darci Brahma, Samantha Miss, Osbourne Bulls and Trekking, just to name a few.

He is out of a dam by champion of champion broodmare sire, ZABEEL, who has produced Group 1 winners from his daughters, such as Dundeel, Silent Achiever, Humidor, Faint Perfume, Extravagant and Dear Demi. It can be easily said that this colt would be and could be a stallion proposition, as in his pedigree, he has stallions closely related to him, like Cable Bay, Volksraad and Rip Van Winkle. He was picked by some of the best judges in the business, such as Sheamus Mills (Bloodstock Agent) and David Mourad (Blueblood Thoroughbred’s Racing Manager).

Peter Moody (trainer) comments: Very pleased to be racing with Blueblood Thoroughbreds, Lot 141 the Pride Of Dubai colt from the Melbourne Premier Sale. He’s out of a Zabeel mare. Zabeel needs no introduction as a broodmare sire and Pride Of Dubai is really getting the job done on the race track. Really pleased to have this colt and the team and look forward to training him for you.

Sheamus Mills (bloodstock agent) comments: Here we are with Lot 141 the Pride Of Dubai colt. He’s been a really good sire since he retired to Coolmore and this colt is a prime example of what he gets. Plenty of size, strength, bit of leg underneath him, lovely head, good quality. Nice horse.

David Mourad (BBT Racing Manager) comments: Lot 141 Pride Of Dubai colt out of a Zabeel mare, Limoncino. Zabeel one of the best broodmare sires in the land and very well bought this colt in a very strong sale, I thought we purchased at value. From Maluka Farm, we bought Seabrook from this stud farm, they’ve produced many good horses over the years and we’ve had a lot of luck and hopefully this fella can follow suit. Peter Moody is going to train so he’s going to get every chance. A very nice colt to kick of our buying at the Premier Sale

The colt is closely related to 28 individual Group 1 winners and performers in his pedigree. Our colt has passed 100% clean on x-rays, scope and clinical examinations by one of the hardest veterinarians in the Thoroughbred Industry – Dr. Chris Lawler. As already mentioned, the horse has the highest ever Nick’s Rating you could possibly achieve – an A+++ Rating.

The Sire: PRIDE OF DUBAI

Pride of Dubai, an absolute 2YO champion, has won 2 races as a 2YO with earnings of $1.3 million in stakes earnings and captured 2 Group 1 wins – ATC Size Produce (up to 1400m) and the stallion making Blue Diamond Group 1. He stands at one of the worlds most famous studs in Coolmore Stud. In his short career, he has already sired 54 winners at a 37% ratio of earnings over $3.6 million, and of that his progeny have won 7 stakes races and 5 stakes placings.

His best progeny on the track include Telepatic Glances, who has won 3 races – all as a two year old in 2020, including a Group 2, Star Of Emaraaty, who has 2 wins, all as a 2YO including a Group 3, and one of Australia’s fastest and up and coming younger horses, Bella Nipotina, who was a winner up to 1100m, including winning the MRC Quezzette Stakes at Group 3 level and placing in 2 other stakes races.

The Dam, Limoncino, by champion sire and broodmare sire, Zabeel, was a winner up to 2100m. She has proved herself in the barn with having 2 foals to race for two winners, including Misscino, who has won 4 times up to 1600m, and Milady Cabriot, with 2 wins up to 1400m. The second dam, Audencia has had 8 foals to race for 5 winners, including Mango Daiquiri, who had 4 wins and was a multiple stakes placed including a 4th in the VRC Oaks Group 1.

Limoncino is closely related to some very nice racehorses, such as Group 1 winner Cherokee Rose, Mastery a champion 3YO stayer in Great Britain, Volksraad a champion sire and up and coming champion sire, Cable Bay and multiple Group 1 winner in Hong Kong, Bitter Boy, who won 11 races and 2 at Group 1 level, and Rip Van Winkle crowned champion 3YO miler in Europe, Great Britain and Ireland in 2010, won 5 races including 2 Group 1’s.

Peter Moody is considered a great trainer by most in the industry arguably training the best horse the world has ever witnessed in Black Caviar. Peter Moody stats speak for themselves with 2577 career wins with 56 at Group 1 level amassing over $115 million in prizemoney.

Peter Moody has commented, “I am [excited]. I’m a bit tentative about it, I’ve got to learn to get back out there and get on the tools again but not too much has changed,” he said. “I’ve got no doubt I’ll be a better trainer this time around because I’m going to be more relaxed and be able to manage my time much better, and I’ll have a smaller team.”