As the first foal of a Group 1-winning mare, by one of Australia’s most high-profile stallions, Lot 71 was a colt that was always going to court plenty of attention when he went through the Inglis Australian Easter Yearling Sale on Tuesday. But while there were many suitors, there was one buyer with more motivation than any other to secure the I Am Invincible colt, and in the end, it was Blueblood Thoroughbreds’ Carol Walsh who got the deal done, paying $750,000 for the first foal of the mare who did more than any other to build her syndication business, Secret Agenda (Not A Single Doubt).

She came together with Ciaron Maher Racing and Sheamus Mills to get the deal done at a pricetag some $500,000 more than Blueblood had ever gone to previously.

“I wasn’t going to miss out on him. We are so happy to have secured him. He’s very special to me, with that connection to Secret Agenda and having raced her. She was such a great mare. Let’s hope he’s as good as her,” Walsh told TDN AusNZ.

Secret Agenda turned a $120,000 purchase price at the 2014 Magic Millions Gold Coast Yearling Sale into a return of over $1.5 million in prizemoney in her 23-start career, highlighted by her win in the 2017 Robert Sangster S., where she led all the way for jockey Damien Oliver and trainer Mick Price.

She would win five stakes races, making her a very valuable broodmare prospect, and as is usually the case with syndicators, she was set for sale at the end of her career. 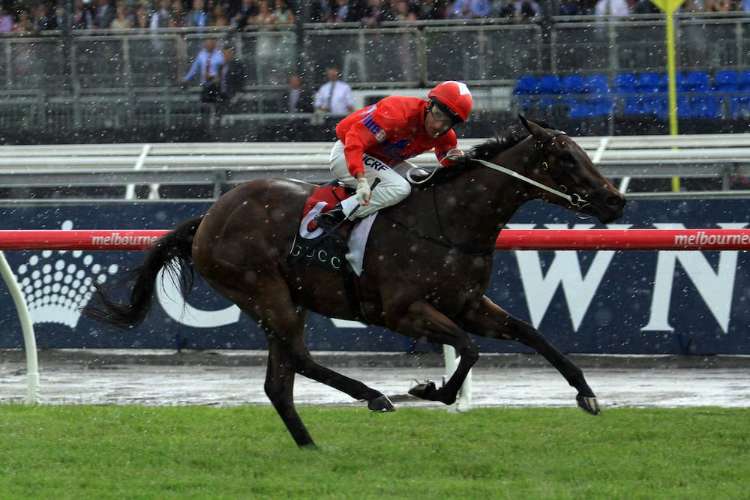 “We sold her privately and it was not disclosed at the time who had bought her, but we knew it as Bruce (Neill) from Cressfield that had bought her. Now everyone knows who bought her as she foaled this colt and he ended up in the Easter catalogue,” Walsh said.

“She was a great broodmare prospect as she comes from a really good family and her race record said it all. We ended up selling her for around $1.5 million. She earned that on the racetrack as well, so she was so important for us.”

While Secret Agenda left Blueblood’s ownership, Walsh kept very close contact on what she was doing at stud and was always keen to see if she could snap up her first foal, a colt by I Am Invincible.”I have kept tabs on him. Michelle (Bedggood), who helps look after the farm up there, with her husband Wayne, she has kept me up to date every step of the way from when she went in foal, to having this colt and she now has a filly at foot as well. She’s now in foal to I Am Invincible a third time,” he said.

“I see a bit of her in him and I see a fair bit of I Am Invincible as well. He’s an outstanding type who ticks all the boxes for us. He’s got a really nice temperament and I really like the horse.

“It’s great to be involved in that family again and have a crack at it again.”

Walsh is hoping the son can show the ability of his dam when he arrives at the stables of Maher and David Eustace to train.

Bluebloods’ next shot at a Group 1 win in its colours comes this Saturday, when smart colt Lightsaber (Zoustar) contests the Inglis Sires’ at Randwick.

A winner of three of his four starts for trainer Peter Moody, including last start in the G2 VRC Sires’ Produce S., Lightsaber was a $100,000 purchase for Bluebloods at the Inglis Ready2Race Sale last year.

“We are looking forward to that this Saturday. He’s definitely a chance of winning that. We are excited about him,” Walsh said.

What is most thrilling about his rise to prominence according to Walsh is the high percentage of owners in the horse who are first-time owners, echoing what Secret Agenda was able to do in her career.

“We had the same scenario with Secret Agenda, most of the owners were in their first horse. To have that sort of success was so good for them,” she said.

“Now with this horse, there are a couple of people who were in Secret Agenda, and the rest of them are all newbies. We are looking forward to seeing how he goes.”

And fast forwarding to the Easter Yearling Sale in 2022, it would be no surprise to see Walsh putting her hand up for the next of Secret Agenda’s foals, a filly by I Am Invincible.

“I would think we’d definitely have a look at her. There would be definite interest there,” she said.